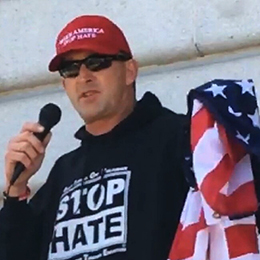 David Sumrall created StopHate in 1992 as a result of the L.A. Riots to bridge the divide and bring peace and healing, through educating people of the division supported by the media, with a focus on communication and community. We have participated in peaceful protests, rallies, and community meetings to help open communication and educate people that not everyone chooses hate as a first response. In the mid-90’s we stood against groups including the KKK, and rhetoric against certain leaders in groups including the Nation of Islam. Fast-forward to now, we’ve been active in local communities, and developing relationships with other social media influencers to build a bigger team, pool resources, spread our message to a bigger audience, and organize toward what our vision of victory looks like.