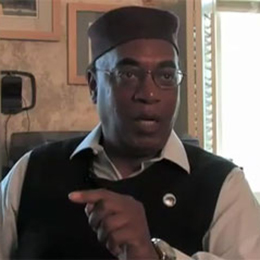 Larry James Pinkney is an American political activist. A former member of the Black Panther Party, and the Republic of New Africa. Pinkney also served as co-chair of the San Francisco Black Caucus in the early 1970s, and later, as chairman of the Black National Independence Party. His FBI profile (obtained by FOIA) says he is “potentially dangerous due to his ability to unify black and white.”