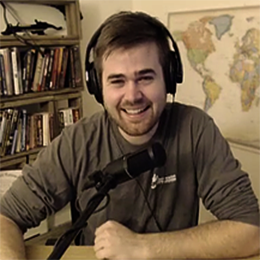 Sam Johnston was born and raised in a Christian conservative home in the UP of Michigan. It wasn’t long after obtaining a duel major in Sports Management and Bible and Theology that he truly began his education. Once his eyes were open to the truths in Genesis 6, he began to question everything. With an honest yet authoritative approach, Sam Johnston began The Sharpening Report (TSR) in a quest for truth, integrity, and to uncover the mysteries of God through His Holy Word. It is this mentality that he brings to TSR. He also self-employed and owns his own production company.