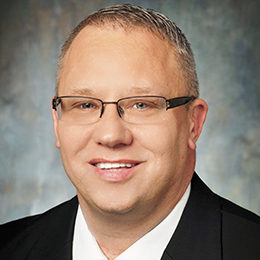 Michael R. DeLeon, a successfully acclimated ex-offender who after nearly 8 years of drug addiction and gang involvement, spent 12 years in state prison and half-way houses for a gang-related homicide. Since Michael’s release from prison, he has earned 3 Associates Degrees, a Baccalaureate Degree in Business Management, with a minor in Criminal Justice and a CADC Educational Certificate. Michael is now in the process of obtaining his Masters Degree in Addictions Counseling at Liberty University as well as pursuing his LCADC.

He is the founder of Steered Straight, Inc. A non-profit organization formed in 2000 designed with the intention of carrying a prevention message to youth and young adults regarding the extreme dangers of drugs, gang-involvement and criminal activity. Michael spends his time developing Steered Straight by stressing the importance of young men and women making sound, rational decisions in their day to day lives. Michael also founded the Project Pride Program while incarcerated in prison. After pitching the idea for this program to then Commissioner Jack Terhune, he worked to develop the message that consequences can be severe and life-lasting. Project Pride which is still in existence at the New Jersey Department of Corrections, is the largest prison outreach program in America.

Michael has spoken to over seven million students and young adults as a motivational speaker in many facilities delivering evidence-based student programs around the country. He has presented in centers and schools in 48 states thus far.

Michael speaks and presents to youth, parents, educators, law enforcement, medical professionals and community groups throughout the country. He presents to in excess of 1.5 million people each year. He created two additional educational arms of Steered Straight: Recovery Army and Faithing Addiction, both of which target specific audiences throughout America to educate and prevent addiction and build and support Recovery.

In addition to being a speaker and presenter, Michael is an award-winning filmmaker and has directed and produced four documentaries on addiction, focusing on the opiate and heroin epidemic in America, marijuana legalization and Addiction Recovery. His memoir, “Chasing Detours” will be released in 2019. There are numerous other film and book projects underway.

Along with all of his other works, Michael is a Television Talk-show host, in his fifth season on “Road to Recovery”. Airing in the Philadelphia market, Michael hosts the second most-watched show on the SNJTV network and discusses addiction and recovery-related topics with weekly guests.