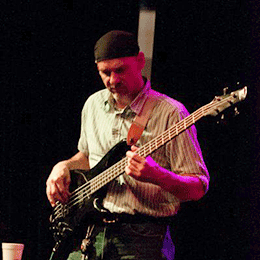 Dale Smith is an electro-mechanical technicians with 30 years of manufacturing experience and a writer on the blogosphere since 2000. Dale had his first inkling that things were not the way he thought they were when he delved into the Oklahoma City bombing. After listening to an interview with Jayna Davis and reading her book “ The Third Terrorist” Dale knew that the reality presented before us was not as it seems. A chance encounter led him to meet Brigadier General Benton Partin in August of 2004. Dale later had dinner with he and his wife at Fort Belvoir in Alexandria, Virginia where he explained to me how the Alfred P. Murrah Federal Building actually came down and what happened to him after he tried to expose it. Since then Dale has continued to research and uncover more information on a variety of topics. He also helped to found the Facebook group Meet at the ShadeTree where like-minded individuals can share and explore a range of topics.

Meet At The ShadeTree