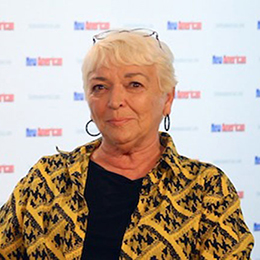 Ms. Willman received a Master’s degree in Public Administration from Cal State University in 1991, and has obtained 96 credits towards her doctoral work in public policy. She has lived on three Indian reservations for the past 30 years: the Yakama, the Oneida in Wisconsin, and currently resides on the Flathead Indian Reservation in Montana. Ms. Willman has extensive knowledge about federal Indian policy, land use status within Indian reservations, dual-jurisdiction, and Constitutional conflicts that impact the rights and lives of tribal families as well as other American citizens.

She is of strong Cherokee ancestry; her spouse is of Shoshone ancestry and a descendant of Sacajawea’s adopted son, Basil. She served as National Chair of Citizens Equal Rights Alliance (CERA) from 2001 – 2007 and remains an active Board Member.  Mrs. Willman has blended her local land use and strategic planning career with federal Indian policy to inform and engage counties, towns and citizens that are co-located within or near federally recognized Indian reservations. As a vehicle for doing so, she has written two books:

Going to Pieces: The Dismantling of the United States of America, first published in 2005. The book reports on first person visits and experiences of tribal members and citizens residing on or near seventeen Indian reservations during her extensive road trip across the country from Washington State to New York State. Going to Pieces continues to be a best-seller, some thirteen years later, and is now available in a Second Edition, inclusive of an extensive Index, in book stores and on all major book website in book or eBook format.

Slumbering Thunder: A primer for confronting the spread of Federal Indian Policy and Tribalism Overwhelming America. This is a collection of Willman’s research and writings that serves as a good reference for community leaders and elected officials.

This West is Our West