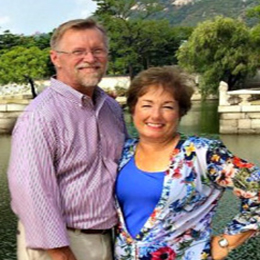 Lori is a blogger, researcher, wife, mom, and new grandmother! In 2015 she left a position as Media director for a Christian ministry because God called her to begin Praying Citizen. She was very eager to do what He had laid on my heard for several months.

In January 2018 after months of urging by the Holy Spirit to make videos (you know, that compulsion to do something that you have NO idea how your going to accomplish), she gave in. Lori began in earnest turning every issue of Praying Citizen into a video and publishing them to YouTube.

Lori’s husband Bob is her proofreader and editor. She depend on God first and him next. They have been married for 31 years, and have four children, and one granddaughter. Lori has a B.A. in Communications from Northern Illinois University and earlier in her career she worked as a writer/producer in marketing, advertising, and media. She’s also an avid horsewoman (hunter/jumper) and taught ridding lessons and trained horses for several years. Lori’s other interests include ministry, counseling, and teaching.