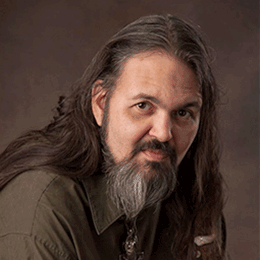 This week we speak with Zachary King. An average boy in an average American neighborhood, Zachary grew up in a Baptist home. He began practicing magick at 10 years old, joined a satanic coven at 13 years old, and had broken all 10 Commandments by 15 years old. From his teen years to adulthood he worked his way up to High Wizard in the coven and actively pushed satan’s agenda including ritualistic abortions and breaking up churches.

In January 2008, while working at a jewelry kiosk, Zachary had an encounter with Our Blessed Mother which changed his life. In the middle of the mall, through the power of the Miraculous Medal, Zachary experienced a peace that surpasses all understanding. That peace was Jesus Christ, the Prince of Peace. Our Lady’s love rescued Zachary from hell and brought him straight to the Heart of Her Son Jesus Christ. He started going to St. Francis Xavier Catholic Church in Vermont and in May 2008 (the month of Mary), Zachary King entered the Catholic Church!

After 26 years of involvement with the occult, Zachary has become a warrior for Jesus Christ and wants to share his knowledge for the protection of God’s people. Zachary’s testimony is an inspiration that proves how great God’s mercy & forgiveness truly are and above all shows the depth of His love for us.

Zachary King is currently living in Kansas. He is an international speaker spreading the story of his miraculous rescue from satanism anywhere he can.