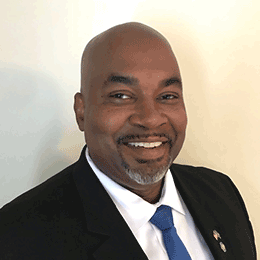 Mark Keith Robinson was born and raised in Greensboro, NC. He is a graduate of Grimsley High School. Mark is a proud United States Army veteran. He was recently appointed to the North Carolina African American Heritage Commission. Mark is currently running for Lieutenant Governor of North Carolina. He and his wife Yolanda just celebrated their 29th wedding anniversary and they have two adult children and a 2-year old grandson. Mark has been an outspoken advocate for conservative values since he was 19 years old. Mark loves all things history, especially as it relates to WWII. He also has several hobbies which include: model trains, remote control airplanes, drones and cars.

Mr. Robinson spreads a fearless and to the point message that supports patriotism, family values, and our U.S. Constitution. Mark has always been a stanch supporter of freedom and fairness as indicated by his recent comments at the Greensboro City Council where he defended law-abiding citizens 2nd Amendment rights. That speech
has led to most people referring to him as “Mr. I’m the Majority.” Since then, Mark has
been traveling the country speaking on behalf of conservative political candidates who strongly support the 2nd Amendment. Mark has made protecting our Constitution his highest priority.