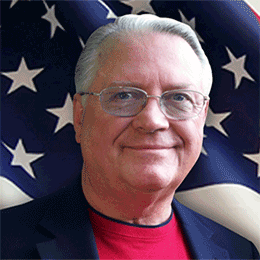 A retired diplomat and Counter-Terrorism expert, Jim experienced a decade of life and work in Islamic societies and knows Islam very well. He is a counter-jihad activist and author who frankly discusses Islam in his mission to educate Americans about the true nature of Islam and its determination to destroy our nation. He has worked closely with the CIA, DIA, FBI, USSS, Customs and Border Protection, DHS, and other agencies. After retiring, Jim continued his service to our nation serving with a Terror Early Warning Group, the FBI’s Joint Terror Task Force (JTTF), NERRTC, state and local law enforcement intelligence groups, and as a Counter-Terrorism/National security Advisor.

Jim is the recipient of one of the nation’s highest civilian awards – for VALOR – in the killing Fields of Cambodia. He has held the very highest level of special TOP SECRET security clearances. He has worked in embassy and VIP security, counter-intelligence, and counter-terrorism where he made American embassies safe from terrorist attacks. Jim held a Consular commission and adjudicated visas and immigration applications and has expertise in the areas of immigration and refugees.

Unpopular with sharia compliant Moslems, Islamic ‘fatwas’ have been declared calling for the “silencing” of Horn. Horn has survived attempts on his life. He refuses to be intimidated by those who are intent on overthrowing the Constitution. One of his activities involves obstructing mosque builders. One was the blocking a mega mosque in Temecula, California. He has provided advice, guidance and encouragement to people to successfully thwart mosque builders in Philadelphia, PA, Bayonne, NJ, and St. Cloud, MN.

Jim served abroad for 25-years, mostly in third-world countries, ten of them in Islamic societies where he both came to know and understand Islam better than most (His knowledge includes first-hand experiences on a day-to-day basis.), and where he made American Embassies in North Africa and the Persian Gulf bomb-proof. Jim has spoken to hundreds of audiences focusing on National Security and the most dangerous existential threats facing America today.

During his Foreign Service career, Horn (whose designation was “Administrative Generalist” served as a cryptographer, as a Diplomatic Courier, as a Visa and Citizenship Officer, in Embassy Security, as a VIP bodyguard, in Counter Intelligence, Counter Terrorism, and more. He is active in opposition to colonizing political Islam. Jim has served as a volunteer Subject Matter Expert on Islam with local Sheriffs’ departments and has been called on to provide expert investigatory advice to law enforcement agencies. His topics include Sharia law, Government Infiltration, the Islamist game plan to take our Republic down and its successes to date, who they are, and why they hate us so much, the dogma and laws of Islam.