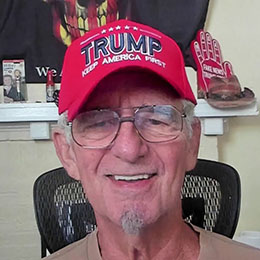 Sam is an activist and researcher, with a background in sales and art. As a political cartoonist, he decided to take his art to the streets of New Orleans, Louisiana and engage the people firsthand. He has been actively bringing his message of liberty and truth as an activist for over 8 years. His tireless pursuit of the truth has led him to publish thousands of videos and reach people around the world, proving that one man can make a difference.